Just in time for Halloween, Wandering Spirits II is filled with spooktacular fun. Releasing in paperback and ebook at Amazon and Other Retailers on October 1st, this book includes five romantic paranormal mystery novellas, and Chris Grover has added bonus recipes you’re sure to enjoy.

Also October 1st, we’re having an event on facebook to celebrate the release of Wandering Spirits I. Please drop in and say hello.

Here are the short blurbs of the novellas. 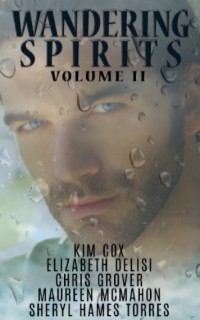 GET OUT OR DIE by Kim Cox

When Lana Malloy helps a young widow communicate with her late husband, she learns of a frightening new ability — an ability that could give the spirit the upper hand. Knowing this next case will be more difficult than anything she’s ever faced, Lana struggles for control when she encounters an angry ghost who doesn’t want to leave and who doesn’t want the occupants of the house to stay. Does she have other abilities she can rely on to save her?

LUCIFER’S LAST LAUGH by Elizabeth Delisi
When Kirk Marsden falls overboard from his yacht, he thinks he’s dreaming when confronted by a scary-looking man in red, with a silver pitchfork stickpin. Lucifer offers Kirk a deal: he won’t go to Hell if he can reveal his true inner self to one person who genuinely cares about him. But how can a rich man find someone who likes him for himself, not his money?

BELIEVING IN DREAMS by Chris Grover
Nicole James has always believed in dreams. So after her mom dies and she dreams about a house she’s seen in an old photo and an elderly woman who beckons to her and says “Nicole! Finally! I was so worried you wouldn’t get here in time,” she has to check it out.

‘NEATH HALLOWED HALLS AND IVIED WALLS by Maureen McMahon
Stacey Christian and Peter Mansfield come together again to attend the funeral of their beloved Harvard history professor, Bertram Donelson. Stacey’s emotional stint as a reporter in Afghanistan and Peter’s exhausting high-profile business takeover make them even more vulnerable to the romantic chemistry that’s always been between them.

Little do they know their old alma mater holds an evil and deadly secret that will propel them into a whirlwind of ghostly, shocking and even deadly experiences. Will this adventure be enough to finally bring their love to fruition?

ENIGMA by Sheryl Hames Torres
Brace Adams struggles to solve the mystery of a blind woman who wakes up beside a brutally murdered man, but has no memory of how she got there. Can he protect Riley from the forces surrounding her without losing his life? 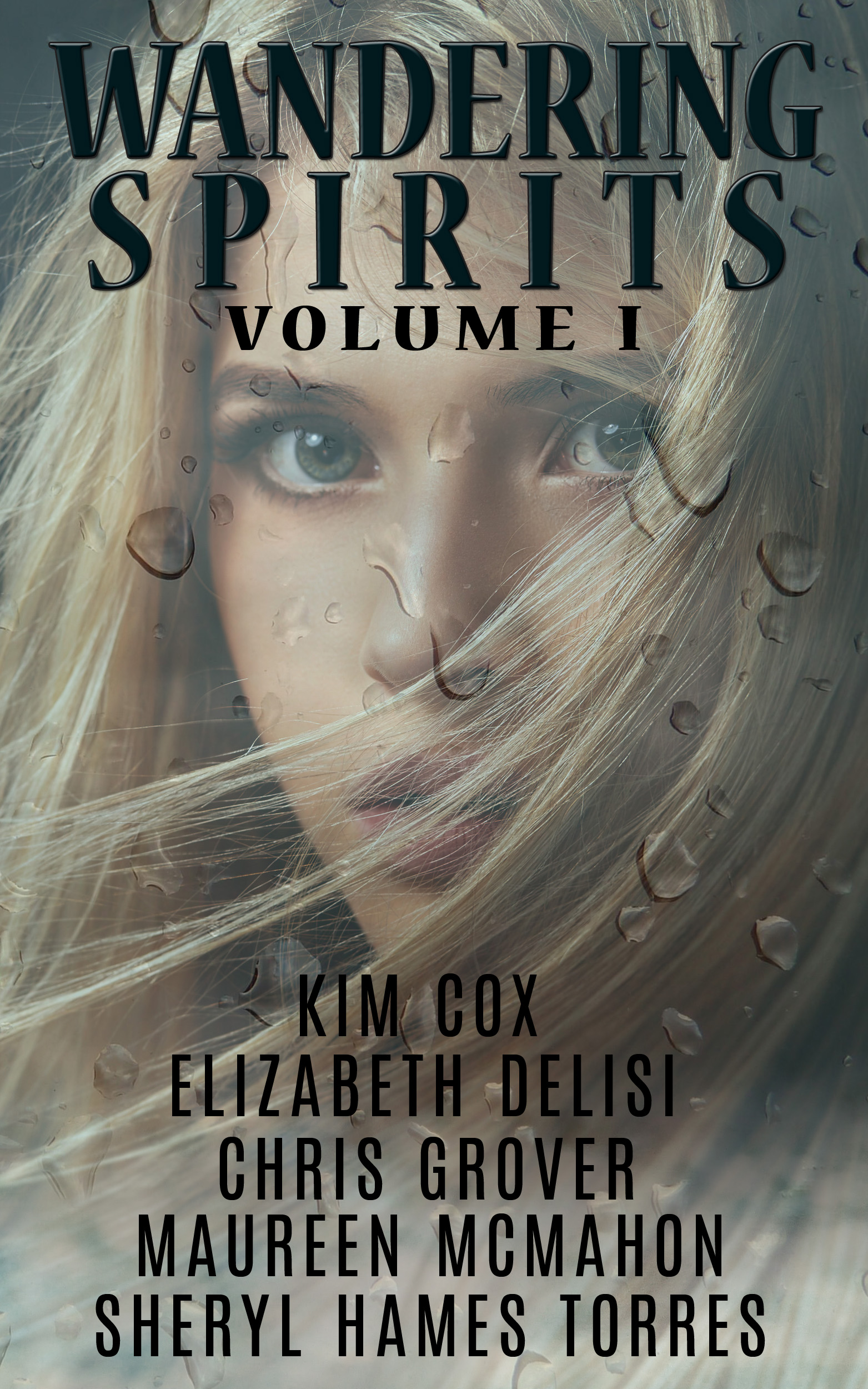 HAUNTED HEARTS by Kim Cox
(Lana Malloy Paranormal Mystery Series, Book 1)
Two ghosts, a hysterical neighbor and the handsome nephew of her aunt’s fiancé and you get a mix bag of comical events. Lana Malloy embarks on a new career as a private investigator. She must solve the forty-year-old murder of her great aunt and her great aunt’s fiancé or they will remain Haunted Hearts.

RESTLESS SPIRIT by Elizabeth Delisi
Desperate to talk to her young son, who died from a rare, incurable blood disease, Laura St. Clair uses a Ouija board to try to reach him. But when she makes contact with the spirit world and receives a message, whom has she reached? And what does the spirit want in return for helping her?

VALENTINE’S INN by Chris Grover
After being badly injured in an auto accident, which killed three of her friends, Rianna Gordon has given up on life. Then she meets Josh Byford, unaware that Josh is a ghost. Rianna is a lawyer not a hotelier, but rather than sell the country inn her family has owned for over a hundred years, Josh not only convinces her to reopen and run it, he finds her the perfect partner as well–the boy she fell in love with when she was nine years old and never quite forgot.

GHOSTS OF AULD LANG SYNE by Maureen McMahon
(Stacey Christian & Peter Mansfield: Book 2)
The second book of the series after Return of the Gulls, Stacey Christian and Peter Mansfield reunite in Ghosts of Auld Lang Syne to celebrate New Year with friends at a remote New England homestead. Are the terrifying incidents that befall the guests really only accidents? And why does the spectre of a young woman walk the halls?

FATE’S LITTLE TRICK by Sheryl Hames Torres
Gemma McKenzie Fuller must put aside her fears and help someone from her past. Can a troubled child teach her that going back again could possibly be a Christmas miracle?

MEETING MR. WRIGHT by Chris Grover
Vicki figured the dream was simply a spin-off of her bedtime reading. She had no idea it was a prediction of things to come.

Readers are saying:
“You get a lot of bang for the buck when you get your hands on WANDERING SPIRITS! There are 5 novellas by 5 authors and 1 short story.”

“Whether you believe in the spirit world or not, these stories will provide the reader with enjoyment and maybe a few chills.”

Give Me Pen and Paper
Mad Genius Club
BookBlast® Diary