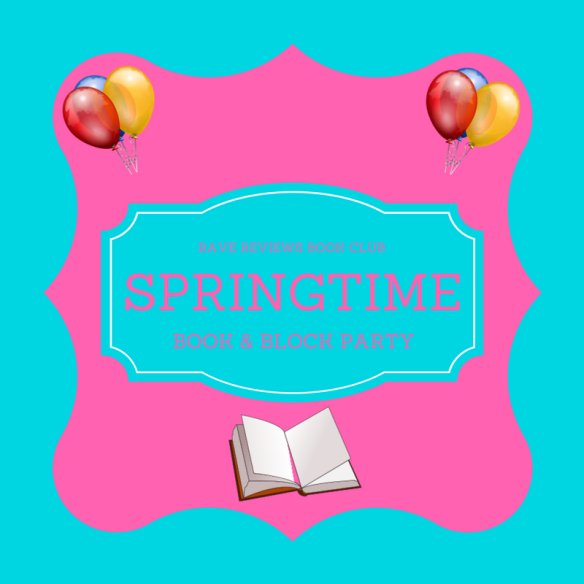 During the month of April, The Rave Reviews Book Club (RRBC) is throwing a book and block party. You can get the lineup here. You may may win lots of prizes!

Here’s What I’m Giving Away Today:

To be entered for prizes, please leave a comment.

I’d like to introduce you to my Romantic Suspense books.

In the city of Boston lies a story of revenge, betrayal, and hidden identity. Ryan Donatelli, posing as Thomas Randolph, sets out to avenge his sister’s death, even if it means using Sam Southard’s daughter to do it. After all, Ryan is sure Sam’s responsible.

Natalie Southard is determined to keep her family business out of the hands of known crime boss, Nick DeMarco. After her father is killed, Natalie and Ryan are forced to run for their lives. Will they live long enough for their hearts to heal once everything is revealed?

The fourth book I wrote is the second romantic suspense I’ve finished. The published title is ALL THIS TIME. 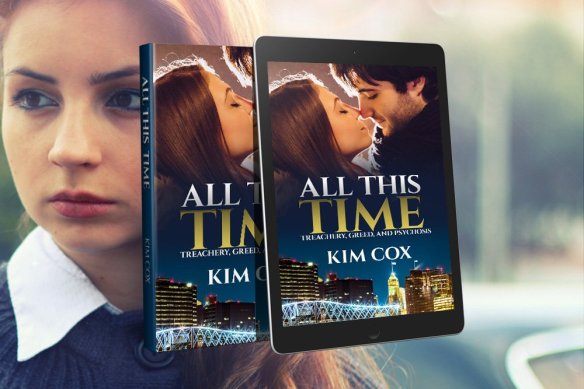 At thirty, Jenny Morgan’s biological clock is ticking. But as a fashion magazine CEO with a busy schedule and no significant other, her wish is unlikely to come true. When her father receives a potentially terminal diagnosis, he longs for a grandchild before he dies. With her religious beliefs, a sperm donor isn’t an alternative. Jenny’s only immediate available option is her single co-worker and best friend, Trevor Drake. Can she really trust him to be a good husband?

Trevor has loved Jenny since college, but she only sees him as a friend with no ambition. After he learns of her predicament, he proposes and sets out to prove he can provide everything she needs. Jenny is determined to have a prenuptial agreement with an “out” clause after one year. Can Trevor convince Jenny of his love by then?

As if they don’t have enough on their plate, someone at the magazine is out to stop their wedding and their impending parenthood, and destroy the magazine’s reputation. Jenny is nearly killed in a sabotage attempt. Can Jenny and Trevor make a life together while uncovering a common enemy? Just as Sarah Martin and Jon Clayton are about to say their vows the police crash their wedding to arrest the groom. Jon is terrified and Sarah is heartbroken. Thankfully they have their friends to support them emotionally and help find Jon an excellent attorney.

When evidence of his guilt is found, Jon swears he’s innocence. But how can he prove it? As if an arrest and pending trial isn’t bad enough, his ex-wife refuses to let him near their seven-year-old son, and has their shared custody agreement rescinded as part of his bail agreement. When Jon breaks the agreement, his bail is revoked and he’s thrown back in jail.

Sarah was supposed to be on her honeymoon, but instead, she uses her time off to help Jon. After she’s attacked, Jon refuses to see her for her own good, but it doesn’t deter her loyalty to him. Will she eventually give up on him?

Is Jon truly innocent and have no idea how the damaging evidence found its way into his business? Are there more sinister people involved? Will Sarah find the evidence needed to clear him or will she find out he’s fooled them all. If someone else is framing Jon, who is it and what are their motives?